It had been years. Long enough that she had lost track of time and the days have blurred together. She still wore her Captain's haori, oversized and worn with time; her hair long, she wore it in two loose braids now.

Rizu was tired; and it showed. She had spent the better part of the last decade alone, running the SRDI and the 12th Division remotely as she battled with her demons. She had fled, gone off the grid, attempting to quell her rage and blood lust away from anyone she might hurt in the process.

She stood in a park, familiar, even after so many years, backing onto a field. There were still parts of the ground that had not grown, not since it had been destroyed in a competitive spar with an unlikely friend. She closed her eyes and chuckled softly as she reminisced, mumbling to herself. "A much simpler time." 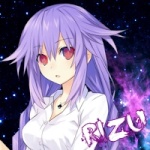 Fukaku crossed his arms, looking down on the park.

How long had it been? How much time had disappeared.
For him, little had changed - and yet, so much had.
In these last few years, since Rizu'd decided to take a hermitage of her own choice, he'd worked hard to keep his mind busy. He'd written his reviews. He'd trained just enough to maintain his form. He'd kept his life simple, if boring.

And as he continually refused requests to rejoin the quincy's new council, he'd found himself living less and less like a quincy, and more and more like a human.

So, to see Rizu again, after all this time...

Fukaku floated down softly, allowing himself to fall just behind the 12th division commander, and simply stood there, silent. 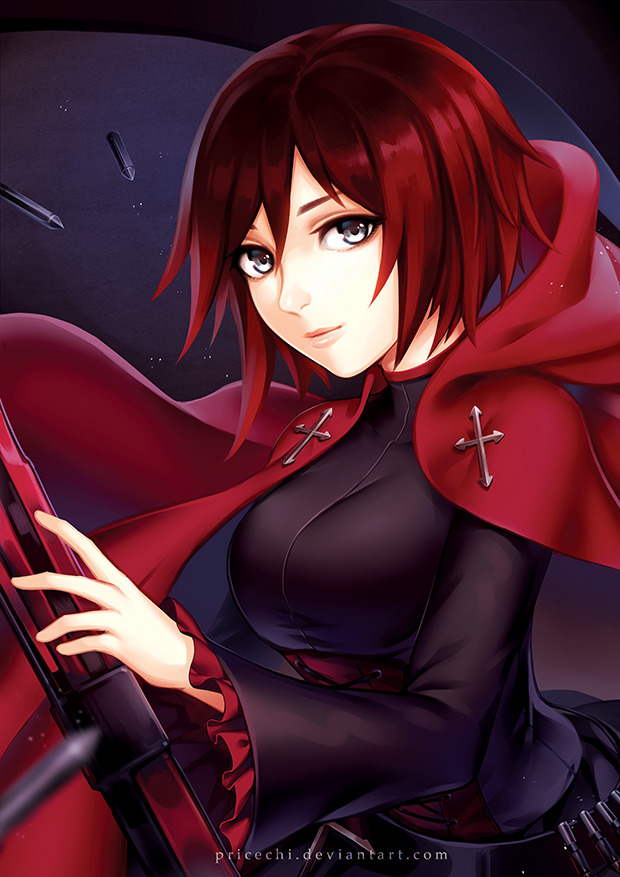 Rizu stiffened temporarily, but forced herself to relax. His aura was as familiar to her now as it was the day she left. She took a breath, clenching and unclenching her fingers anxiously.

It had been so long, she almost lost her nerve. She spoke softly, almost inaudibly to her own ears. "I wasn't sure you'd come." She turned to face him, unsure of what she might see, worried that she might be imagining his presence.

Fukaku simply stared with an impassive face for a moment, betraying no hint of any emotion. Finally, after a few moments, he finally said. "turned forty, other month.". Fukaku finally stated bluntly. The Quincy's face remained impassive. "Figured I wasn't going to see you until I was spiritrons instead of atoms."
___________________________

Instinctively, Rizu reached for him, but recoiled and clasped her hands in front of her. She nodded. "I would have understood if you decided not to come." She looked him up and down and smiled slightly. "You're not the boy I met at war all those years ago. Your experiences have aged you, Fukaku-kun."

She closed her eyes. "I wanted to apologize. For leaving you alone." Rizu looked back up at her oldest friend. "I swore I would always protect you and...I thought that...if I stayed, I would be unable to keep that promise." She exhaled, looking at the sky. "I could never forgive myself if you came to harm because of me."

Fukaku listened to what Rizu had to say intently, not betraying any emotion as she spoke, at least for a moment. "I never wanted you to protect me.". Fukaku stated finally. "I became a force of nature during the war, if you hadn't noticed." Fukaku stated.

She took a step back as Fukaku's words hit her at full force. After a moment of deafening silence, she swallowed anxiously, reached out and put a hand on his arm. "I know you never wanted me to protect you. You were too stubborn. But you saved me."

Rizu removed her hand from Fukaku's arm and paused. "I wanted to." She avoided making eye contact as she spoke cautiously. "Die. I thought it would be easy. I tried." Her face flushed, but she breathed slowly to try and remain calm. "But I couldn't do it. Every time, I failed. Because you kept pulling me back, no matter what I did."

Rizu smiled, nodding in agreement. "It's good to see you too, Fukaku-kun." Her smile fell slightly. "I left thinking it was the right thing to do. I trained and fought with myself day and night for all those years. I fought so...so I could control...this." She held her hands out in front of her, glaring at them as if they had slighted her. "I gained little ground." She grimaced, her admission of failure bitter in her mouth. "I wanted to...to do something you could be proud of. But all I did was isolate myself from the only family I have left. I...I am sorry." She bowed deeply, squeezing her eyes shut. "I am so, so sorry, Fukaku."

As Rizu closed her eyes, Fukaku turned to her, before stepping forward, his arms wrapping around her as he hugged her closer to him. The bandaged man opened his mouth, trying to find the words, only to close it again as he simply wrapped his best friend in a tight embrace, his eyes half-closed.
___________________________

Rizu flinched. She hadn't been around anyone in so long, she almost didn't know how to react. But this was Fukaku. She hugged him back and sighed deeply; a decade of stress lifted from her shoulders.

"I...tried to find out if it could be suppressed. I spent half of the time I was away just...experimenting." She pulled away and looked up at Fukaku. "You...are far stronger than I could have even fathomed to have been living with this...this...this. I do not have nearly the level of determination or will that you possess. If I had even half of it, perhaps I'd have returned years ago."

Rizu paused, looking away. "I left so that I wouldn't hurt you if I lost control. I did not want to become Koga. Because I think...I think that is exactly what I was doing."

At that, Fukaku slowly disentangled himself from the hug, looking at her with an expression that seemed far more resigned, and far older, than Fukaku had ever shown Rizu in the past. "I'd look rather insane talking to nothing to the people here... My home here is roughly a kilometer away... unless you have business elsewhere." Fukaku said with a flat voice.
___________________________

Rizu chuckled softly, almost sadly. "Do I? I did exactly what he did so many years ago. I ran away. I left people who...relied on me. And he made me who I am. Perhaps that's just...a fate I'm trying to outrun." Her voice trailed off and she shrugged. "You are the only business I came here for. Lead the way, Fukaku-kun."

As Fukaku disappeared, she closed her eyes, processing his words. He didn't have fear of what he was becoming... Empty men don't. "Then I suppose fear is what saves me from my fate." With a quiet sigh, she followed after his spiritual pressure.

Fukaku moved for home, as the spiritrons flashed around him. It had been a long time since he'd used Hirenkyaku like this - felt the spirit energy race around his body like a raging river, felt the strength which he could wield, the spiritual muscles that felt like they could crush a mountain asunder.
He allowed himself a small smile - one hidden within his speed - before stopping on a dime, finding himself in front of the door to his house once again.
"It's different..." Fukaku stated blandly, as Rizu appeared behind him. "Moving as a quincy again, instead of a human."
___________________________

Rizu stopped, tilting her head slightly as she listened. "You haven't been? Using Hirenkyaku, I mean." She paused, looking up at him as they stood in front of his home. "Why?"

Rizu nodded in understanding, entering ahead of Fukaku. "You've gotten strong enough that you don't need to. I can't say I'm surprised. You must have surpassed me while I was away." She smiled and looked around. "I don't think I've ever seen your home, Fukaku-kun."

Cal Sighed to himself in annoyance. "Why do I always get the lame jobs" He mumbled as he approached the Home of his assigned target. He stands hidden some distance away watching as the pair enter the building; he grins to himself. "Oh! What have we here? A Captain? And a Quincy stronger than one? maybe I will have some fun after all." He laughs to himself slightly. "For now I'll let them enjoy their last day or so together." Cal touches the side of the tree he is near before walking away without a sound the tree vanishes leaving only a nuclear shadow where it once stood.