Basic Techs:
Shunpo: Ability to move at very high speeds for a certain amount of distance.

Jishin Kenshutsu (Seismic Sense): the ability to sense vibrations through the ground, "seeing" by sensing their surroundings and making a mental image of it. It allows for a 360 degree field of "vision" outside of normal line-of-sight. To operate, the user needs direct contact with the ground, preferably without something like shoes in between. It only works on earth-based materials, including metal- cannot use the ability on non-earth grounding like ice or wood, It's also rendered useless against airborne opponents.
Also: This tech requires the closing of ones eyes or blinding oneself to utilize. In the case of the former one must close their eyes and concentrate (Initially I thought it went without saying but I guess not so im adding it in so everyone with the tech knows in advanced. 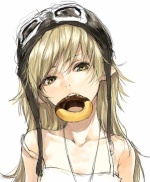