Objectives to test for:

Setting
The setting for this warmode simulation will be a historical battle of the Quincy war.
The year is uncertain, though the battle will have taken place during the First World War. Player commanders will have been dropped in from the future by Jason Reeds.

Players must unanimously choose a side for the conflict and achieve its objective. It will be offensive Shinigami attacking a defensive Quincy army in a landscape favorable to the defending team. The offensive team will therefore have additional squads at their disposal to compensate.

The landscape chosen is a decrepit star fort in Europe, utilized by the Quincy as a staging and supply center for the conflict. Seishin Quincy are confirmed to be present. Shinigami captains were also deployed. 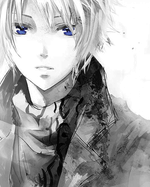